Asia represents 2/3 of the worldwide population and is gaining 20 million new middle class people per year in China alone. Last week, SIAL China took place in Shanghai, a fair that focuses on trends and innovations of the regional food industry, in particular in the meat, dairy and beverage sectors. At the same time, mr. Phil Hogan, Commissioner for Agriculture and Rural Development, was in Shanghai to promote EU food and drink products. 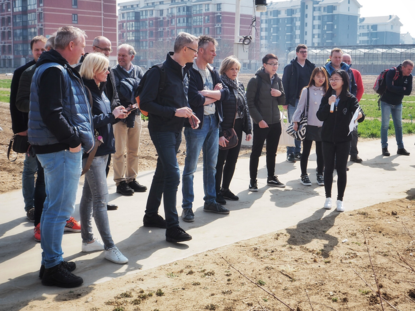 Regular visits from the agri and dairy sector

Besides mr. Hogan’s visit, the Netherlands Embassy regularly welcomes visits from the agriculture and dairy sector. One such a visit was paid by a group of Dutch agricultural companies from the province Drenthe. Initiator was the local Rabobank, who are already active in China for quite some time. We talked with mr. Martin Eising, Director at Rabobank about their experiences.

“We visited Beijing and Shanghai with 18 agricultural entrepreneurs, whose activities range from flower bulbs and dairy products to poultry. It was a very diverse program, visiting horticulture farms in Shanghai, an interesting presentation on agriculture at the embassy in Beijing, a visit to the Sino-Dutch Dairy Center (SDDC) and meeting students of the China Agricultural University”, mr. Eising sums up.

Mr. Eising says it helped a lot that the participants could now actually experience developments and see with their own eyes which products were being bought and sold. “For example, we were taking the train in China and saw blueberries in one of the shopping carts that were pushed through the aisles. This immediately piqued the interest of one of our participants to know that this product was available in China and there was a market for it.”

Even though there are quite some differences, mr. Eising notices that we also have similar challenges. “One of the issues that exists in China as well, is that children are less aware of where their food comes from.” Furthermore, he emphasizes that China is very ambitious which creates many opportunities. “Knowledge exchange is very important, also between the entrepreneurs and companies. This is for example very clear on the dairy market, the Chinese are very interested to learn from us how it can be structured and self-sufficient.” 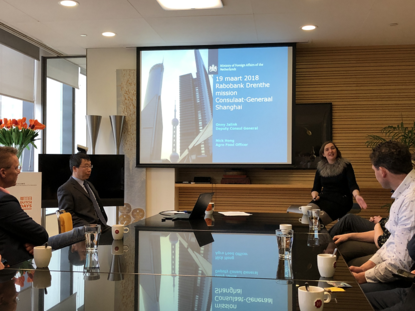 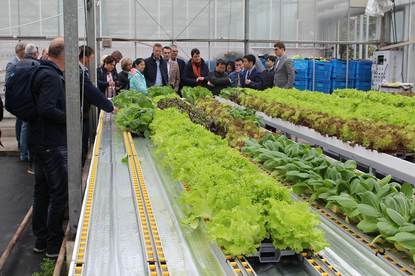 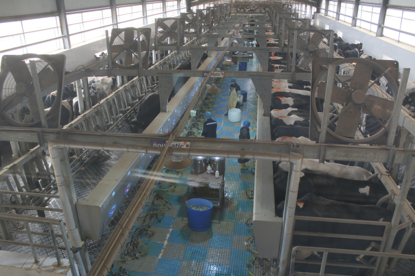 The dairy market is indeed a very important one for Dutch companies. Around the same time that Rabobank organized their visit, several dairy farmers and students from FrieslandCampina visited China. Asked about his view on the Chinese way of working, mr. Reindert Miemersma, one of the participants, says: “The Chinese ‘new’ dairy industry is mainly focused on adequately feeding its population. China feels large-scale dairy farming is the only answer to reach this goal. It is much easier to organize quality control but it is a large contrast with the Dutch situation where most of the dairy farms are centered around farming families. In the end, guaranteeing quality has the highest priority. Through institutions like SDDDC, both countries learn a lot from each other.”

The dairy farmers also went to Modern Dairy in Bengbu, where they got a tour at the presentation space. Mr. Miemersma said he found it very special to see that the farmers were very proud of their quality results. “They even presented on their products that the quality is according to European norms!”

Another way in which mr. Miemersma realized the importance of a strong Dutch image, was at the launch of new Friso products. “The hall of the building was made into what almost looked like a kind of museum for this event. It included paintings of their own farmers who depicted their own cows in a natural Dutch landscape. You could say this is our Dutch signature, the way we set ourselves apart.” 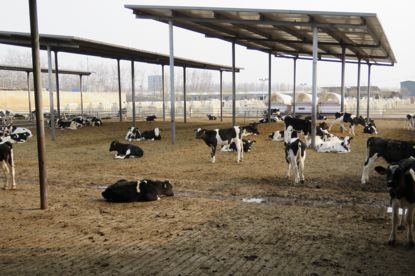 Although he feels that there is still not that much attention in China for sustainability, mr. Miemersma believes that this will become a higher priority for China as well. “Because of our knowledge and experience in this area, there are plenty of opportunities for the Netherlands to cooperate in this field.”

Mr. Eising mentions another area of importance for Dutch companies: “In the worldwide food supply Rabobank and the Netherlands can make a real difference. The Dutch embassy and governmental network are also important in further developing initiatives. Rabobank is also currently looking for ways to improve this.”

However, mr. Eising also sees that the Netherlands can learn something from China. “We paid a visit to a biological company which grows many different vegetables. They told us they had about 800 clients within a range of 400 kilometers. Many of these clients were served online, ecommerce is really strong in China. Everyone orders groceries via WeChat and even these rural companies are online. In this way, they can serve a much larger audience, although we do see that distribution still needs to be improved.”

Efficiency and sustainability are also challenges for the dairy sector, says mr. Miemersma. “Combining dairy and farming is actually nothing more than creating a closed loop. China has a huge challenge in this regard, since they import many resources but are left with the waste. Opportunities lie in recycling or re-using this waste again so that it becomes valuable. China is large and developing quickly, I do think it is very likely that China’s sustainability standards will soon catch up on us, or even surpass us.”