Bulgarian fruit and vegetable producers have the privilege to be part of one of the largest and most solvent markets in the world – this of the EU. For already twelve years, however, they have failed to take advantage of this chance, and exports of the sector remain high bar for most. And namely sales abroad is the only way to growth, against the backdrop of a small and saturated local market. Exports predominate primarily processed products, while much less is the proportion of fresh consumption where a higher price can be achieved. However, there are some manufacturing niches and individual producers in the country that successfully compete abroad and can pave the way for more Bulgarian production on the European and world markets.

The value of Bulgarian exports of fruit and vegetables grew by 50% in three years to reach 387 million in 2017. The boom is almost entirely due to vegetables, while fruit exports are developing at a much more moderate pace. However, these figures may tempt the side observer to a less reasonable optimism. The data for the first ten months of 2018 do not seem to keep the trend. In addition, a more detailed look at the structure of exports reveals imbalances and major differences between the different strands. 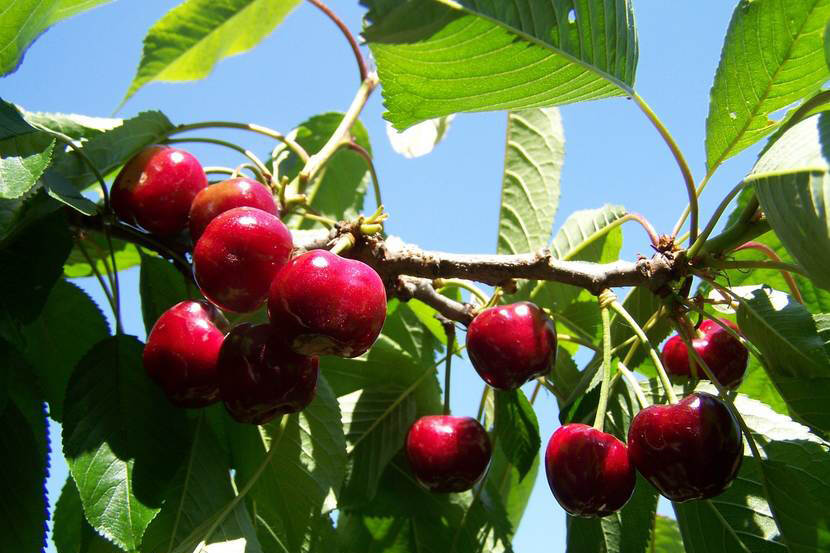 Exports of fruit from Bulgaria are growing by 7% on average annually after 2014, reaching BGN 152 million in 2017. However, for the first ten months of 2018, it amounts to only BGN 116 million. Nearly half of this value is due to frozen or cooked fruits, about a quarter – to the temporary preserved, and only 20% (BGN 21 million) to the fresh products. Even with the smallest share, Bulgarian production is finding its way into the dried fruit segment even better.

If we look at the product structure of fruit exports, it can easily be concluded that it is highly concentrated in 2-3 strands. Cherise and raspberries are the main drivers for growing figures of the exports of Bulgarian fruits in recent years. More than a quarter of its value is due to cherries. Bulgaria has established itself as an important global supplier in the niche of cocktail/confectionary cherries (temporarily preserved/pulp). In the past year, exports to this category amounted to BGN 26 million and for the last five – nearly BGN 160 million. However, the volume dropped significantly from the peak of 15.2 thousand tonnes in 2016 to around 12 thousand tonnes. Cherries are among the few fresh fruits that often find a market across borders. In the past year, about 1350 tons (the second largest quantity for the last five years) were exported for the amount of BGN 4 million. The export of frozen or cooked cherries amounts to BGN 3 million.

Frozen raspberries are the second most important export item – 17% of the value of fruit exports over the past five years. Usually, about 4500 tonnes are exported annually. Bulgaria has traditionally been among the leading global exporters of raspberries, but fierce competition seriously threatens the country's position and profitability in the industry. For the past two years, the average export prices of frozen raspberries have decreased by nearly 30% to BGN 4.6 per kg and revenues from BGN 28 million in 2016 to BGN 15 million in the past 2018.

Bulgaria is relatively well positioned in the market niche of forest fruits. Frozen blueberries, strawberries and blackberries are also among the top 10 export categories, and the group's share in the value is almost a quarter. As with raspberries, however, their exports have been stagnant in recent years, and strawberries even experience some retreat.

In 2018 exports of fresh watermelons were unusually active, the volume increased more than twice on an annual basis to 9800 tons and the value – almost three times to BGN 5.6 million.

The boom in plum planting has not yet materialized in market expansion abroad. Dried plums are a traditional part of Bulgarian fruit exports, but in recent years their value and volume are relatively stable – 1500 tons for BGN 6-7 million. The export of fresh plums is even more modest – excluding the 2017 – below 1000 tons per year for about BGN 1 million.

In the segment of fresh products, where the potential for a higher price premium for producers is the highest, unfortunately there is no lasting and significant positive trend in any of the productions. For the period 2014-2018, approximately 1700 tons of peaches and nectarines were exported annually, about 1,000-1200 tons of cherries, apricots, apples and plums and about 650 tons of sour cherries. Good results are rather episodic highlights. This suggests that only a small part of the gardens recently created are competitive on the global market. 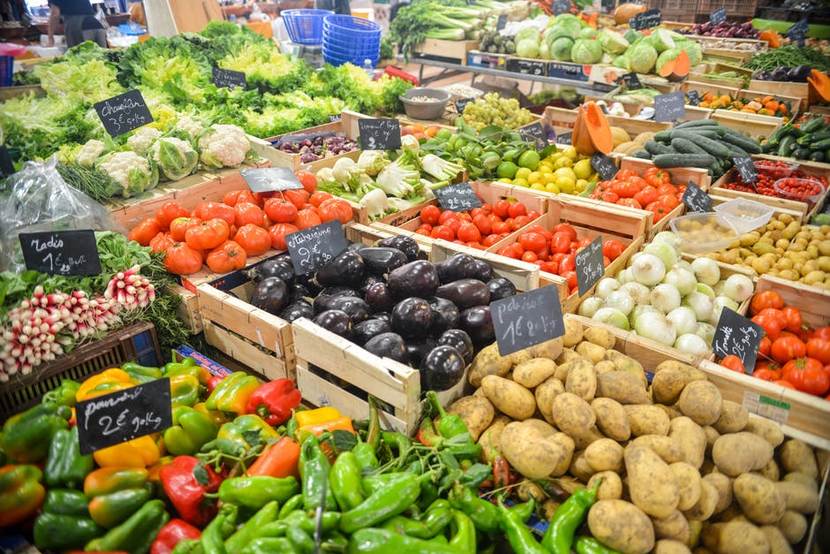 Vegetable exports from Bulgaria are growing by more than 20% of the average annual growth rate with accumulation after 2014 to reach BGN 235 million in 2017. Data for the first ten months of 2018 (approximately BGN 200 million) show that probably in the past year the value will be similar.  More than half of the value of exports is due to fresh produce, one quarter to dried vegetables, and nearly one fifth to frozen and cooked.

As with fruits, drawing conclusions on the basis of these impressive growths without looking more closely at the structure of exports would be misleading. What are your first associations for the appearance of native vegetable production in global markets? Pink tomato or Bulgarian cucumbers? You're wrong. With BGN 28 million for January-October 2018, fresh truffles are the "vegetables” with the largest share in Bulgaria's exports in the branch –14%. The growth for the last four years is nearly 14 times and truffles are the main reason for the positive overall trend in exports of vegetables. For the first ten months of last year, 219 tonnes of exotic produce were exported from the country at average prices of BGN 126 per kilogram.

A traditional pillar in the export of vegetables is the mushrooms. In January-October 2018 the value of exports of fresh or chilled mushrooms is BGN 22 million – 11% of the total for the group of vegetables. It is relatively stable over the past five years, and the quantities range between 11 and 15 thousand tons. In addition, 260-300 tonnes of dried mushrooms are exported annually for BGN 12-15 million and temporarily preserved for BGN 2-3 million.

Another category that can easily tempt to optimism is beans. The ordinary bean (dry) is sixth in importance in the value of the export – with BGN 10-12 million (6-7 thousand tons) per year. As a result of the boom in the cultivation of chickpeas by the grain producers, in 2017 the value of its exports (dried) increased threefold to BGN 29 million, and the quantities – 2.5 times to 13.5 thousand tons. The saturation of the market and the fall in prices quickly cooled this niche, and last year, exports returned to 6,000 tons for BGN 7 million. Over the last two years, fresh peas have also climbed among the most important products in the export of vegetables.

"The usual suspects" still find their place among the top 10 products with the highest export value. For a second consecutive year, the movement in the export of fresh tomatoes makes a pleasant impression – since 2016 its value has increased by 2.5 times to BGN 15 million and the volume – almost twice, exceeding 7500 tonnes. During the past year, the export of fresh cucumbers overcame its decline and returned to the usual levels of about 7,000 tons and BGN 13 million. For the fourth consecutive year, fresh peppers – BGN 7.5 million for January – October 2018 report growth in value, and their quantities are close to 3000 tons.

The drought in large parts of Europe last summer and the price jump gave prospects for realization of foreign markets through potato production – a branch that is difficult to address the external competition at the Bulgarian market. The export of potatoes for the 10 months of 2018 is 3.5-4 thousand tons for about BGN 2-3 million. However, these figures are still symbolic against the backdrop of production capacity in the country.

Developments in individual fruit and vegetable production vary considerably and competitiveness at foreign markets is a good indicator thereof. Notwithstanding some successful examples, Bulgaria is far from using the full potential that not only the European market provides but also the climatic and soil conditions in the country.