Sofia - The griffon vulture population in the Eastern Rhodope Mountains continues to grow, the Bulgarian Society for the Protection of Birds (BSPB) said. 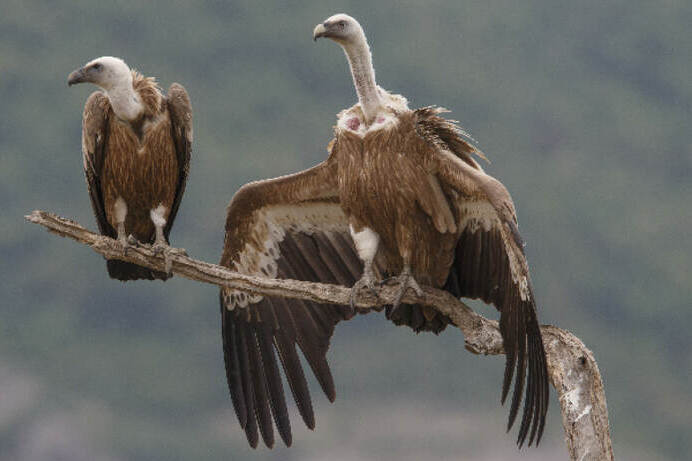 BSPB experts have recorded 95 breeding pairs during regular monitoring of the endangered species in the Arda River valley. That is one pair more than in 2018, whereas in 2017 the registered breeding pairs were 86. In February and March, BSPB teams visited all known current and historical habitats of the species in the Eastern Rhodope Mountains and discovered 95 occupied nests with 80 pairs already sitting on eggs and the rest still building their nests.

Vulture conservation activities in the Eastern Rhodopes are carried out within the framework of a LIFE project entitled "Preservation of Black and Griffon Vultures in Rhodopes", launched by Rewilding Europe in partnership with the BSPB and the Rewilding Rhodopes Foundation.