Bulgaria has a small but rapidly growing organic sector. The converted or under conversion agricultural area has more than tripled in two years to reach 161 thousand ha in 2016 – of which 89 thousand ha arable land and 33 thousand ha permanent crops. 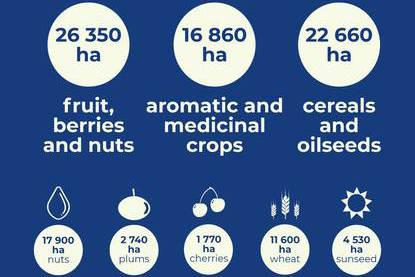 The number of organic producers has almost doubled in the same period, reaching 7000 holdings. The interest in organic agriculture is mainly driven by the CAP subsidies – RDP measure 11 and priority in financing through the RDP investment measure 4. Another important growth factor is the increasing demand for organic produce in the EU (EEA) countries – the second largest global organic market after the US. There are more and more examples for niche organic productions (some sheep and buffalo milk products for instance), entirely focused on external markets.

Bulgarian organic market still has insignificant volume (2-3% market share). Thus, the country can be seen as potential sourcing destination. Especially in crops where it already has traditions and well-developed markets for conventional produce – for the fresh market and especially for the processing industry.

During the last few years Bulgaria has established itself as global leader in aromatic and medicinal crops – not only been a key exporter of rose and lavender oil, but also of oils, herbs and other products from various plants – melissa, chamomile, fennel, rose hip, yarrow, coriander, etc. The vast majority of aromatic and medicinal plants area is already converted or under conversion to organic production – 17 thousand ha.

Grains and oilseeds, where Bulgaria is among the top EU exporters of conventional produce, have also substantial share in organic area – 23 thousand ha – mainly wheat (durum/hard wheat) and sunflower.

Bulgaria is a leading EU producer and exporter of organic honey – more than 236 thousand organic beehives (the largest number in EU) and approximately 2000 tons of organic honey production.

Despite the booming number of organic farms, Bulgaria has relatively low survival rate of organic holdings – approx. one of five producers quit the market every year. This shows a certain lack of know-how and understanding of both technical and economic specificities of organic production.

Want to know more about the Bulgarian organic agriculture? Ask for the freshly prepared "Organic Agriculture in Bulgaria" Factsheet, by sending us an e-mail at sof-lnv@minbuza.nl! 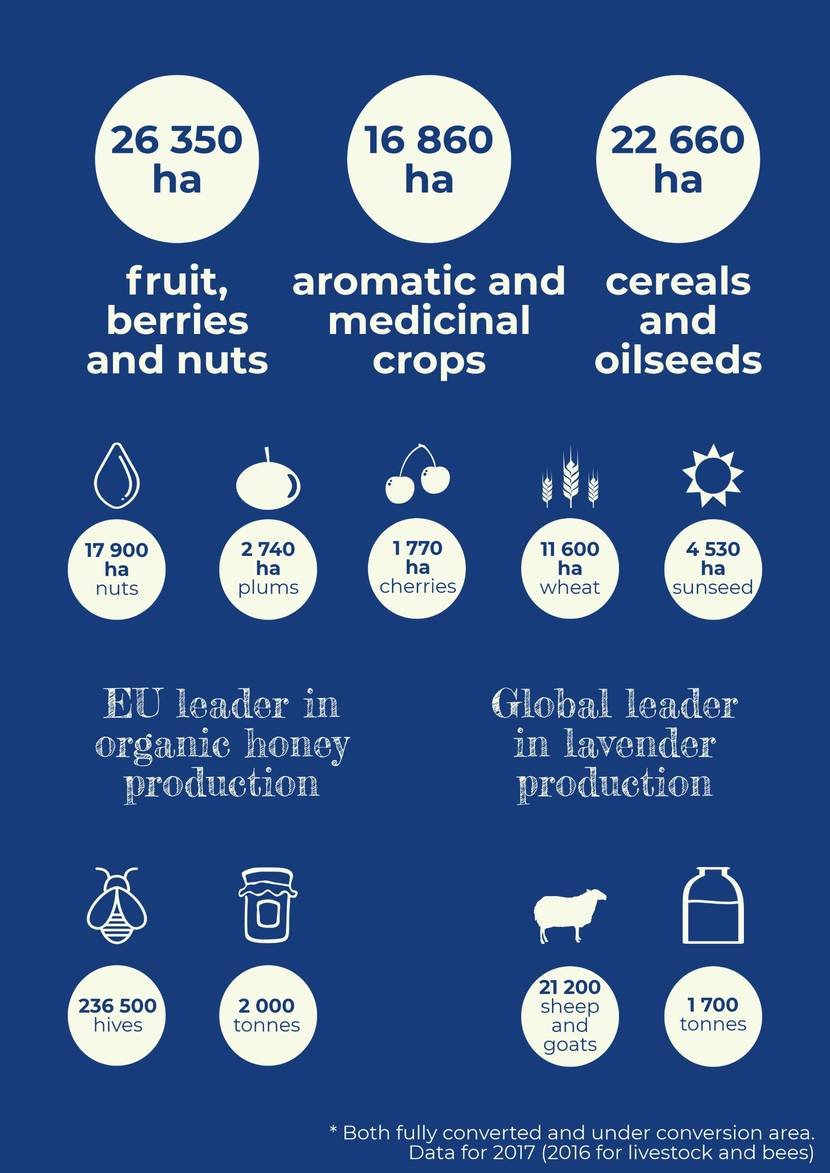