Bulgaria: price of agricultural land has risen by 5%

The price of agricultural land in Bulgaria has increased by about 5% according to the data of the Bulgarian Association of Agricultural Land Owners (BASSC). The average value per hectare in 2017 was 872 leva. The increase in prices is permanent in agricultural fields, while meadows and pastures maintain a constant price. 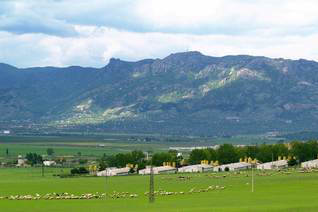 The main demand in our country is good agricultural land with bigger plots, fertile soil, irrigation opportunities and subsidies. Traditionally, the most expensive are the lands in Dobrich and Silistra, where the price is twice as high as in other areas. In Dobroudzha, the sq km reaches 1,800 leva reported the association.

"The most expensive agricultural land is in Dobroudzha, because it has a very developed rental relationship, even if someone purchases land, he can not use it until the leasing contract expires, so 3-4 years "That makes it expensive," commented Radoslav Manolov, deputy chairman of BASSC.

The cheapest land last year was in the region of Gabrovo - 400 leva per hectare and in Kardzhali - 300 leva. In Kardzhali there is hardly a market, people process their land and hand over it by inheritance without trading it.

Recently, there have been interesting changes in the market with land, especially areas that were underestimated before, now agricultural land is actively traded. According to Manolov. In Northwest Bulgaria there is an "extraordinary boom". In the northern central area - too. "For example, in Vidin prices reached BGN 1,000 per hectare as more buyers appeared and there was more competition," he said.

There are no sharp movements in the paid rents in the country. The highest in Dobrich - 87 levs per hectare, the lowest in Gabrovo - 18 leva.