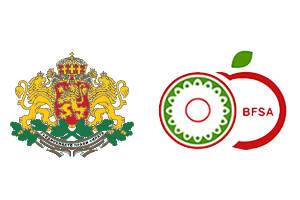 This is the first time that the disease has been detected within the territory of Bulgaria and of the European Union. The samples have been sent for confirmation to the French Agricultural Research Centre for International Development (CIRAD), which is the EU's PPR reference laboratory.

The disease is not dangerous for humans but is extremely dangerous for goats and sheep. Trade in farm animals and in animal products must be severely restricted in an affected area.

The BFSA has immediately ordered measures intended to contain the spread of the infection.

PPR is present in neighbouring Turkey, but at this stage it is unclear how the disease has reached Bulgarian territory.

The BFSA recommends to farmers to temporarily restrict animal trade and transportation and visits to farms. It is particularly important to avoid travel to farms in Turkey or in other third countries.

In a separate development, representative of pig holdings in the villages of Brushlen, Golyamo Vranovo and Nikolovo, which are among Bulgaria's largest and breed some 85,000 animals in aggregate, demanded urgent measures from the Government to prevent and contain African swine fever in this country.