September is the first month of autumn and the beginning of the harvest period. It was also the month during which a series of Sino-Dutch agricultural activities were organized in Qingdao. In our Triple Helix series, we’re looking back on these events, highlighting the role of the government, businesses and research institutes in furthering the agricultural sector.

“春种一粒粟，秋收万颗子” "If you plant a grain of millet in spring, you will reap ten thousand seeds in autumn."

The ‘Triple Helix’ model of the Netherlands is the key to innovation and business opportunities in many sectors. It’s based on the concept that cooperation between the government, businesses and knowledge institutes is of the essence. The Dutch government supports Dutch companies doing business and connects them to peers worldwide.

The gap in the field of agriculture

“In the Chinese market, we see it’s up to companies themselves. There’s a clear gap between China and the Netherlands in the facilitation of agriculture. We see a lot of technological development, and as such we aim to cooperate more with the research and development side to really further our business. Also for instance the Dutch Wageningen University or research institute TNO,” Xu Dan explains. After working in the Netherlands for two years he familiarized himself with the Dutch horticulture industry. He’s intent on applying his experiences at China-based agricultural company Hortipolaris. 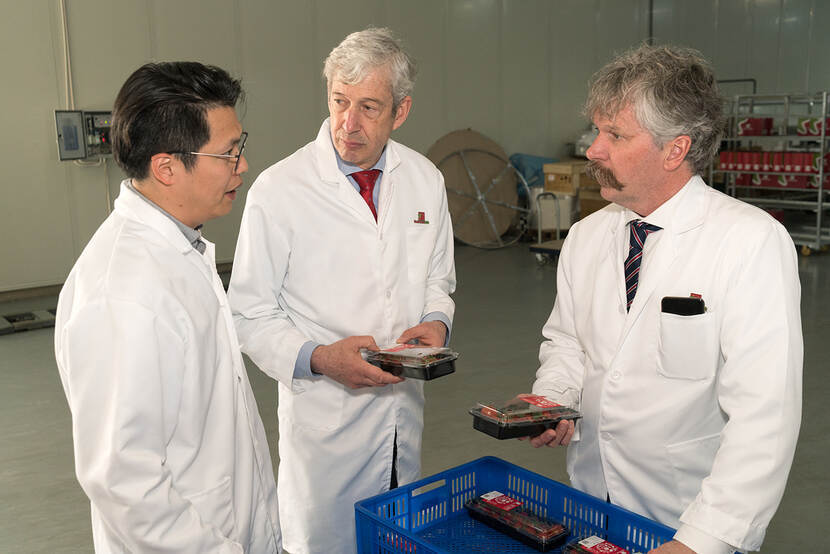 Incorporating Dutch knowledge into a Chinese environment is easier said than done. "Our program design, equipment selection and installation, including the planting operation system, are all based on Dutch technology and knowledge. For example, to design our greenhouse we sent 50 years' meteorological data from China to a greenhouse design company in the Netherlands. This company did a lot of structural optimization according to our field conditions, especially with regards to extreme weather," Xu Dan says. "Additionally, we also receive technical support from the Netherlands. We share daily reports with our partner regarding the climate and the greenhouse parameter data. Based on this, we receive suggestions on planting and input how to ensure normal operations throughout the planting season."

Another challenging factor is the weather. After all, the climate in Northern China is very different from the Netherlands. Also, regulations are often quite different in both countries. Adapting to local conditions is key. “We used Dutch systems and technology as a starting point. From there we started to further develop and make it usable under Chinese conditions. Every year, we organize training courses and invite the Dutch side to participate. That way, we can create more opportunities, also for other agricultural entrepreneurs in China, to get in touch with the Dutch horticultural tradition.” 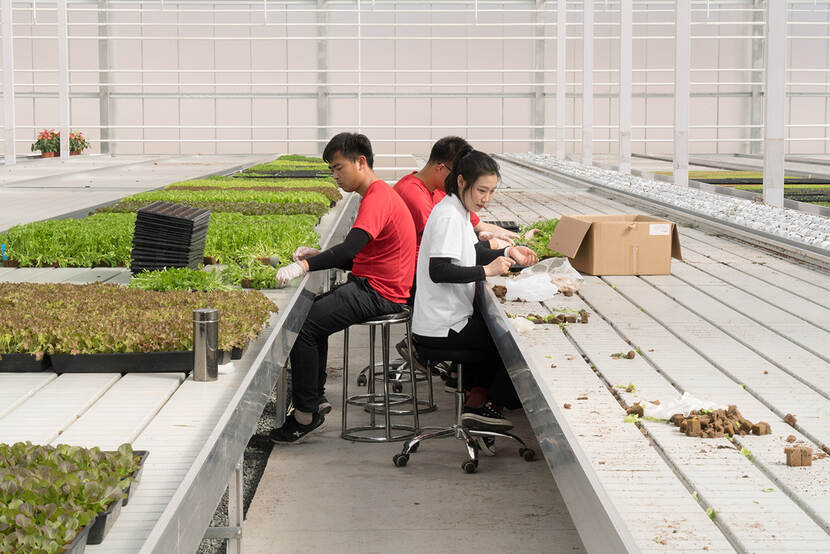 Xu Dan is happy to share his experiences with going about such a project. “In the early phases you see resistance. Many people have little understanding of the science and technology behind modern agriculture. It requires high initial investments, but the lack of successful past examples in China is holding people back. Another challenge is that land ownership is only for a set period of time, which means greenhouses built on this land aren’t always counted as company assets. This makes it difficult for enterprises to find financing.”

Since the high-tech agricultural sector is relatively young, the teams which work in the sector are often also young graduates. “As such, training is an important topic for us. From a technical side we need to transfer experiences and train our teams step by step. It starts when we commence construction, because there aren’t many experienced greenhouse construction companies in China. After building the greenhouse, you need to train the workers from scratch. Most people working in the agricultural sector in China are, after all, more used to the traditional small-scale agriculture,” says Xu Dan.

Over the past years the Netherlands and China have set up many joint projects to further the agricultural sector in China. Xu Dan also sees this development. “In the past, we mainly saw smaller demonstration projects. However, the past two years we clearly see the transition to larger scale and more industrialized projects. Trade missions and delegations play an important role in achieving this.”