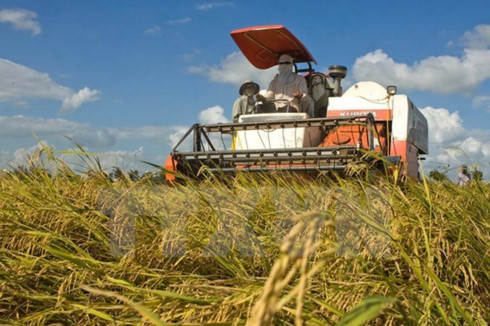 The PCI is a collaborative report by the Vietnam Chamber of Commerce and Industry (VCCI) and the US Agency for International Development (USAID).

The improvements contributed to a more equitable business climate for private firms, and better administrative reform. The survey mentioned that businesses were also more bullish about further business growth in the coming months.

The PCI, introduced in 2005 looks at several criteria including informal costs, administrative procedures and infrastructure related to the business environment of Vietnam. It looks at reforms made by provincial and city governments that promote the private sector. In 2018 it surveyed more than 8,000 domestic private firms in 63 provinces and 1,600 foreign invested enterprises (FIEs) in 20 provinces and cities.

The PCI index score measures 10 sub indices, which are:

easy access to land and security of business premises;

minimal crowding out of private activity from policy biases toward the state, foreign, or connected firms;

proactive and creative provincial leadership in solving problems for enterprises;

fair and effective legal procedures for dispute resolution and maintaining law and order.

The provinces are surveyed with data collected from businesses with a maximum score of 100 points.

This year Quang Ninh province maintains its top ranking of 70.36 for the second year in a row. Followed by Dong Thap in the Mekong Delta; Dong Thap also surpassed its own record, scoring 70.19 and continues to be in the top five for the past 11 years. Long an and Ben Tre come in at third and fourth with Da Nang finishing in the top five.

Highlights of the PCI

Petty corruption: In 2018, 48.4 percent of businesses said that it was necessary to pay some amount of money to get procurement contracts – this figure was 54.9 percent in 2017. 54.8 percent of firms claim to have paid small facilitation fees – this was the lowest in the last five years. Despite the decline, the indicator remained high, showing that a sustained effort is needed to further reduce facilitation fees.

Favoritism towards state and foreign investors: In general, favoritism towards select businesses seem to have declined. 37 percent of respondents said that provincial authorities prioritized FDI attraction over domestic private sector development, as compared to 45.7 percent in 2017. While an improvement, further effort is needed to level the playing field for the domestic private sector.

Policy implementation: 46.2 respondents surveyed said that provincial authorities’ attitude towards the private sector as positive; this is an annual improvement since its low of 35 percent in 2015. Firms also said that local provincial authorities were proactively aiding businesses in addressing concerns and were flexible in creating a favorable business environment.

Entry procedures: On the other hand, the survey found that many firms feel that entry costs are high with 15.8 percent having to wait over one month to complete all required paperwork apart from a business license to become legal. This number has increased over the last five years. Another 29 percent reported challenges in receiving certificates for technical regulation compliances.

In addition, small businesses found it difficult to find customers, get credit and suitable land as compared to larger corporations. This was also true for younger firms that were less than five years old.

Firms that were running at a loss found it harder to access finance, find customers, land, suppliers, and business partners. Enterprises planning to shut down their business found a harder time coping with abrupt challenges and faced a higher level of infrastructure challenges compared to those that planned on continuing operations.

Nevertheless, business confidence is still high, with 49.3 percent of firms planning to expand operations in the following two years. Firms that plan to keep the same scale of operations came at 42.4 percent.

Binh Duong, Da Nang, Vinh Phuc, Hai Duong and Ba Ria-Vung Tau are rated as having the best infrastructure and have been the top performers over several years. A strong correlation exists between governance and infrastructure. Typically, well governed areas tend to have higher quality infrastructure. In addition, the best economic performance is found in locations that have the needed infrastructure for businesses to succeed.

Typical FDI investors remain small and export driven. Such investors are mainly sub-contractors to larger multinational producers, through global value chains. The report also found that most foreign investors were from Asia with South Korea, Japan, and Taiwan topping the list.

In addition, most foreign invested enterprises (FIEs) are manufacturers with the leading sub-sectors such as fabricated metal products, computer, electronic and optical products, and rubber and plastic products. FIEs remain confident about the business environment due to three reform efforts: reduction in cumbersome regulations, signs of decreased corruption and infrastructure enhancement.

The result of the 2018 survey show that overall there is sustained improvement in provincial governance across Vietnam, which is a positive business indicator. Nevertheless, the government needs to constantly review procedures to further improve Vietnam’s business environment.

Challenges remain, but if local authorities address issues raised in the survey, then Vietnam will develop a conducive business environment in the long term. The survey also helps investors to be aware of the strengths and weaknesses of Vietnam’s provinces and the overall business environment.